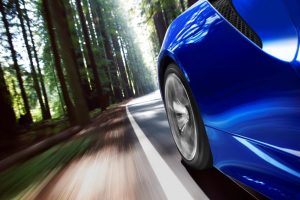 Green Car Journal focuses on the intersection of automobiles, energy, and environment. The 2017 Green Car Awards jury considered such traditional values as safety, quality, value, performance, and functionality alongside superior environmental achievement. To encourage continuing environmental improvement, emphasis was placed on new models and those in the earlier stages of their model lifecycle.

“Winners of the 2017 Green Car Awards™ in Washington DC illustrate just how far the automotive market has advanced in recent years,” said Ron Cogan, editor and publisher of Green Car Journal and CarsOfChange.com. “The desire for more efficient and environmentally positive vehicles has grown across the automotive spectrum. The auto industry has clearly stepped up in a big way to deliver the ‘greener’ models consumers want to buy.”

Acura’s NSX offers premium car buyers the luxury of one of the finest driving experiences available in a sports car that’s equally at home on the highway or the track, according to a statement made by the journal.

“The aggressively styled NSX is powered by a 500 horsepower Sport Hybrid SH-AWD powertrain integrating a 3.5-liter mid-ship V-6 and three electric motors. It uses an array of lightweight materials including carbon fiber, SMC fiberglass, aluminum, and high strength steel. All this brings 0-60 mph acceleration in 2.9 seconds while still delivering over 30 percent better city fuel efficiency than the model’s previous generation.”

Adding to the supercar’s growing list of accolades and recognitions, the NSX was selected as a 2017 AUTOMOBILE All-Star. The Acura NSX – America’s only U.S-built supercar – was selected from a diverse field of 23 contenders to join a select group of six vehicles heralded for their exceptional characteristics including driving dynamics, styling and refinement, and technological advancement.

“We’re extremely proud to have the pinnacle Acura vehicle, the NSX, recognized with one of the industry’s pinnacle honors, the Automobile All-Star award,” said Jon Ikeda, vice president and general manager of Acura. “With NSX, we set out to deliver a unique expression of Acura performance, and this honor further validates that Acura is a performance brand.”

On February 16, 2017, Valencia Acura was the first dealership in the nation to offer a customer test drive event for Acura’s NSX supercar. Owners Don and Cheri Fleming fueled the excitement by hosting the experiential event, which included an orientation of the hybrid technology, 11.2 mile road and interstate test drive, and an opportunity to use the NSX configurator located in their showroom to virtually construct each driver’s dream car.

Celebrating 20 years of friendship, Valencia Acura is one of Acura’s highest ranking dealerships in customer satisfaction, and one of the highest in the nation for customer loyalty. Stop by and see for yourself what all the excitement is about, and check out Acura’s NSX in the showroom.